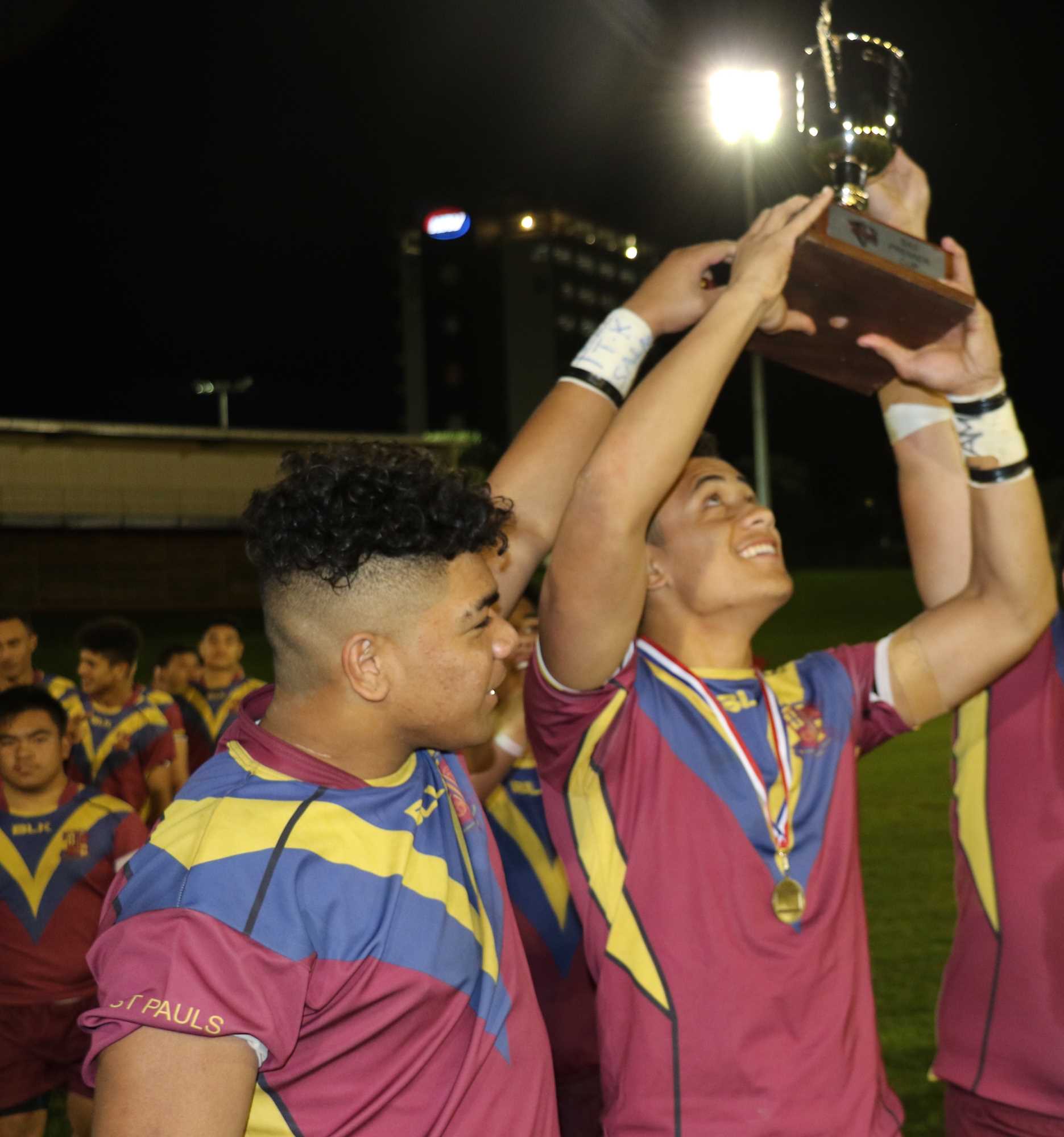 It was straight out the gates for St Paul's College with back to back sets to start the game.

Prop Sione Ngahe opened the score, storming over the line and under the sticks with standoff Dylan Tavita adding the extras for an early 6-0 lead.

St Paul's dodged a bullet when Wesley's standoff Adam Pompey kicked the ball high before Sione Hafoka crossed over, only to be denied points with a knock on.

That counted for little in the end with Wesley shifting the ball quickly to the left and an opening try to wing Saia Latu.

Tavita added the extras to give his side a 16-4 lead at the break.

While St Paul's held a points advantage coming into the second stanza, Wesley have history of showing up in the second half and producing better efforts.

It took 15 minutes before points were scored. Wesley accelerated down field before hooker Larenz Tupaea crashed over from dummy half.

But St Paul's hit back with an offload from prop Zephaniah Aerenga and a shift to the right.

Fullback Star Toa proved just why he's worthy of being named in the 1st XIII team of the year, storming through the pack to fall just short of the line before Tavita reached to extend their lead 20-10.

Eventually it told, putting the game beyond doubt with another conversion and drop goal to Tavita winning 23-10.

The victory was met by a loud applause from the full house of travelling fans at Mt Smart Stadium #2.

St Paul's coach Junior Fiu said he was incredibly proud of his team's efforts and their undefeated season.

"I'm really proud of the boys and their performance tonight," he said.

"They had camp in March and they've worked really hard to defend this title."

But Fiu admits it hasn't been all about the physical training, with education being a major key to making the team.

"Obviously the physical training is important, but they had to work their butts off at school if they wanted to make the team.

"Education was always a priority before taking the field," he said.

The rugby league season isn't over for the central Auckland school who now shift their focus on playing in the NZRL Secondary Schools tournament later this month.