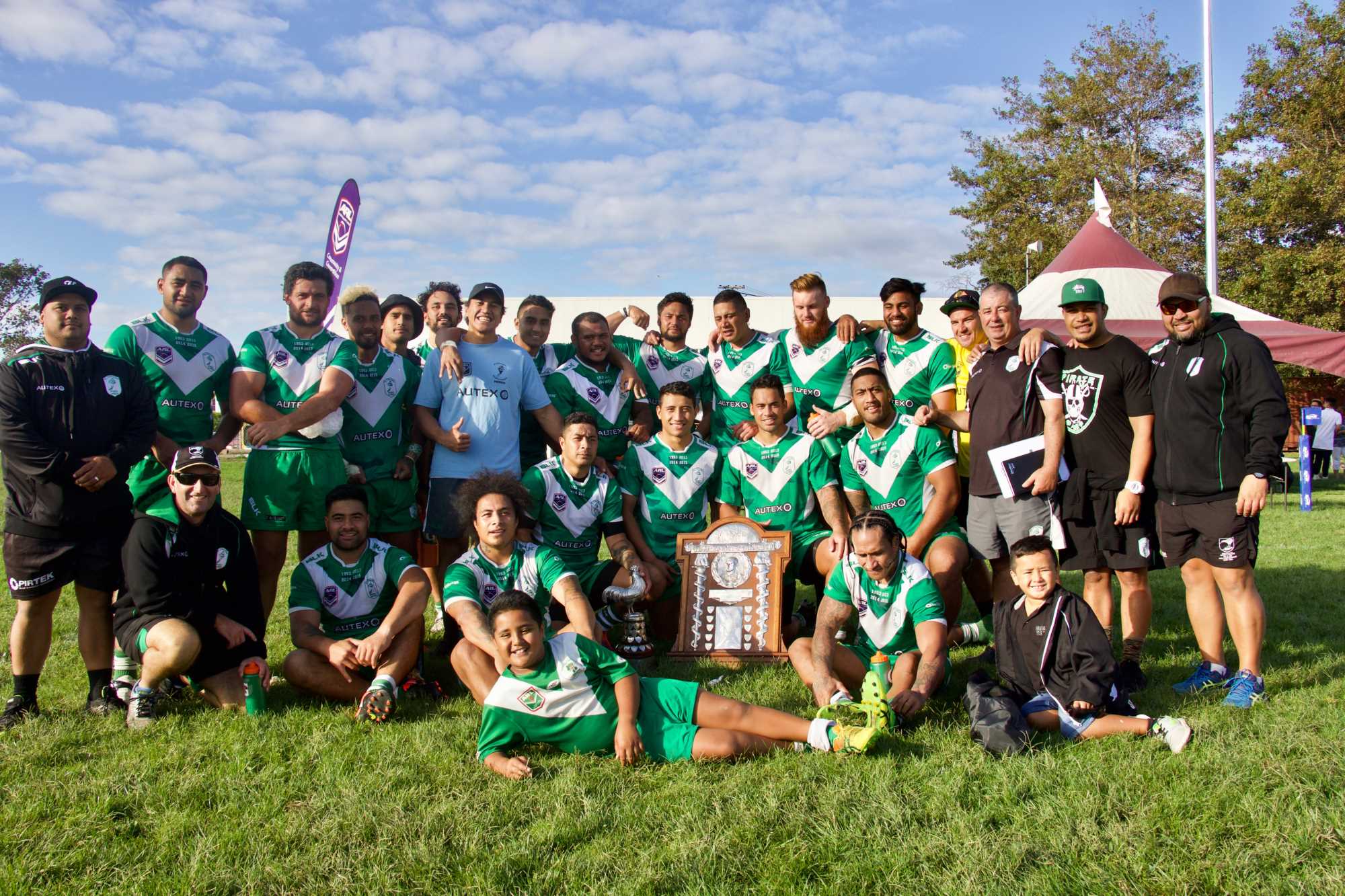 This will mark the clubs fourth term to hold the Stormont and Roope Rooster trophies; their first being in 1951 before winning them back-to-back in 2014 and 2015.

There was no stopping the Pirates who scored two minutes into the match.

A strong forward pack saw them storm through the middle before standoff Dylan Moses crashed over from close range.

Winger Francis Leger added the extras to get an early 6-0 lead.

It wasn’t long before they crossed for another.

Close on the left edge, winger Saula Solomona shuffled the ball to the right -only to find the ball back in his possession- to dummy and go through two defenders to score.

Leger converted from out wide to get up 12-0.

On numerous occasions Papakura found themselves just metres from their line, but a combination of ball control and resilient defence from the Pirates kept them unsettled.

Similarly, centre Dwayne Lisiua worked the right edge, chasing down field to collect a double and taking a 26-0 lead at the break.

It was a tough first half for the Sea Eagles but they kept grinding, scoring the next three to cut the deficit to 18-26.

But the Pirates hit back.

Mounting on attack in the middle of the park, the visitors scored another two with hooker Tevita Latu and Malo Solomona extending the margin to 38-18.

With Papakura captain Roman Hifo pulling the strings and some brilliant footwork displayed from standoff Willie Stowers, the Sea Eagles added another to narrow the gap 38-24.

But it wasn’t enough in the end, with the Pirates claiming the champion of champions title and taking home the Stormont and Roope Rooster trophies.

Siua Otunuku -who dons the captaincy role alongside Dylan Moses- said he was pleased with today’s result.

“It was a good but hard game,” said Otunuku.

“Papakura are a top-class team. Even though we had an early lead, we knew there was every chance that they would come back - and they did.”

“We got the win this time but it’s early days. Ultimately, we’re still chasing that big one – the Fox Memorial.”

Pt Chevalier will hold the Stormont Shield for the 2017 season, but the Konica Minolta Roope Rooster will be on the line again when the Pirates host Te Atatu next weekend.