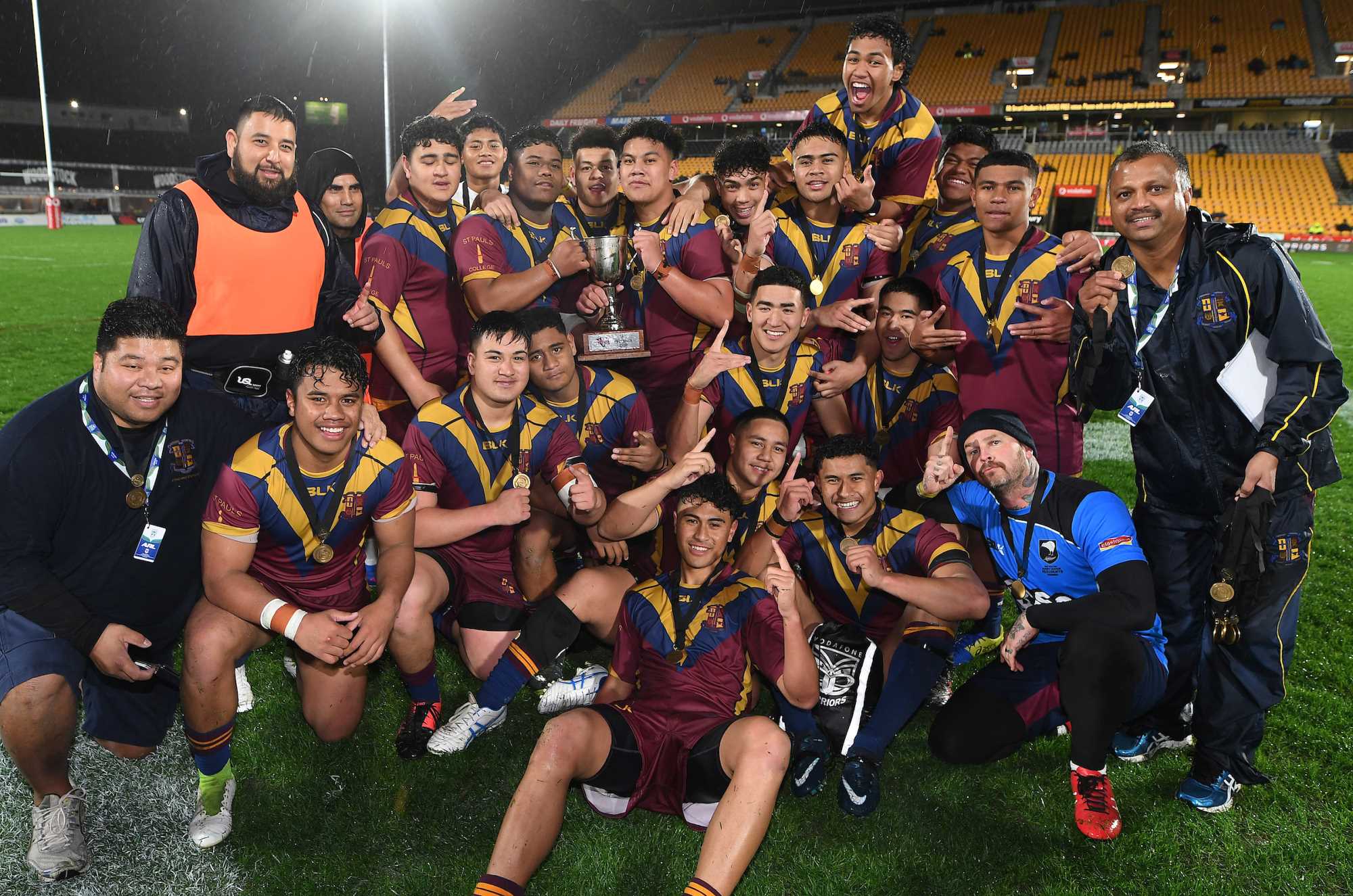 It was sweet redemption for the perennial heavyweights, who last year missed out on making the Grand Final for the first time since the new competition was launched in 2013.

Hooker Vaka Sikahele was outstanding for St Paul's on his way to Player of the Match honours, opening the scoring on 15 minutes and causing issues for the Southern Cross defence all night with his crafty runs from dummy-half.

After taking a 10-0 lead into the break, St Paul's were well in control for most of the second half, although Southern Cross did threaten a late comeback which was kickstarted by a stunning 97-metre runaway try to Tevita Uhila.

The conditions meant there were a glut of errors through the opening exchanges, and both sides wasted opportunities to open the scoring inside the first 10 minutes by spilling the ball over the line.

A 10-metre dart from Sikahele got things started, before Jonah Palota-Kopa bumped through two would-be tacklers for his side's second, which Moala converted for a 10-0 lead.

Two minutes into the second spell St Paul's broke down the right hand side, and although Southern Cross scrambled to deny them metres short of the line, the central Aucklanders scored on the very next play when they spread the ball wide to Ezrah Sosene-Miti.

A break from Sione Moala then led to Levi Atiga scoring, with another Moala conversion stretching the gap to 22-0.

Uhila gave his side a chance when he created a try out of nowhere, and they could have had another when Paea Fotu broke free, only to be denied by a brilliant covering tackle from St Paul's custodian Jeremiah Margraff.

St Paul's final try was a fortuitous one, with the ball popping up into the hands of William Tuaine, who simply had to fall over the line.

Moala converted to finish the scoring at 28-6.